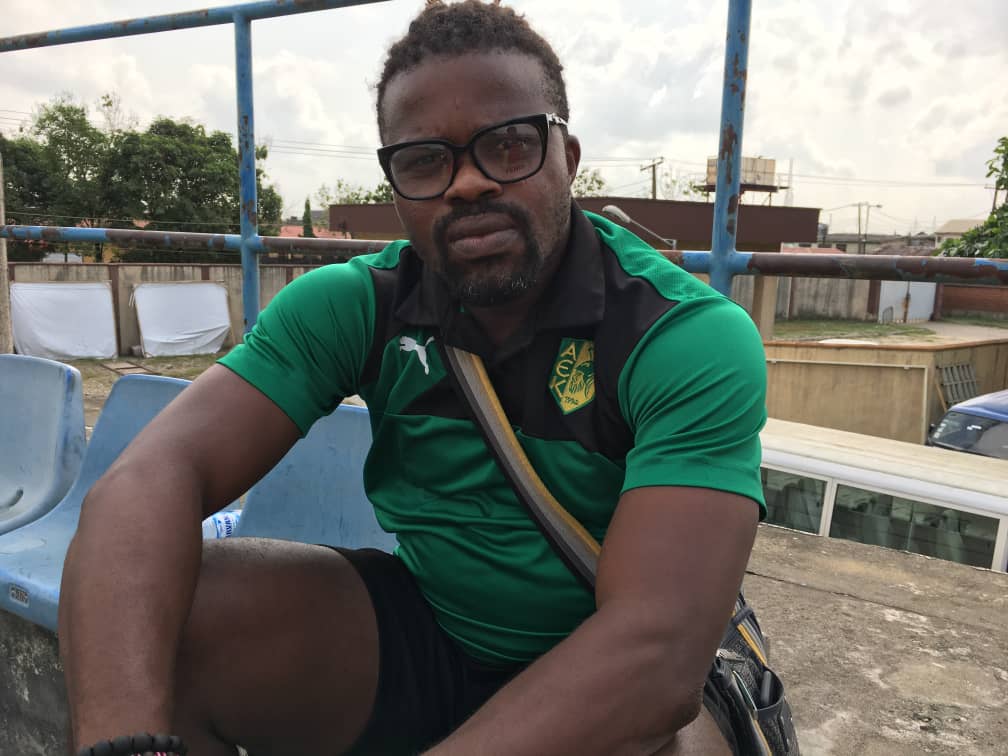 Talent abides in Nigeria a lot and as such, a goalkeeper with experience decided to bring other young and talented goalkeepers and began to train them in Agege. After a period of time, they launched what is known as the “Training the Goalkeepers” program at Agege Stadium. This caught the eye of a former Nigerian International player with a lot of travels in Europe.

Sunny Kingsley, former Nigerian international, current UEFA A licensed coach, owner of SKI- Sports Kindergarten International. After seeing what the group of boys came up with in Agege, he was interested and decided to support them, enabling them to be able to get some equipment. Mr. Sunny explained that it caught his attention because he feels many Nigerian teams don’t have goalkeeper coaches, especially grassroots clubs.

“You come here every day and see 20,25 boys coming together, training and trying to improve their skills, with good support and a very good atmosphere,” Sunny said in a chat with Spoorts247.

SKI is an academy set up by the ex-international after years of playing and coaching at top levels in Europe. As a player, he started his career in Portugal for 6 years, then went on to play in Cyprus, Ukraine, and even Africa with Zamalek. As a coach, he’s coached for about 8years at all levels. He was a former assistant coach at AEK Lanarca, a Cyprus first division team that has been playing in Europa League for the past 4 years now. He has coached different age-grade teams from U8, U10, U13, U15,…up to U19.

“I have the foundation of how to develop players, a first-hand experience as a coach and I think from what I know that we do in Europe, my knowledge is needed back home, so I’ve decided to bring Sport kindergarten International (SKI) to share my knowledge with restructuring clubs, restructuring how they present themselves as academies, training coaches and it all comes down to the players,” Sunny said. “We’re trying to improve players but not directly, we have to improve the structure, pitches, equipment, coaches, management and in the end, the players get the direction from the coaches and we benefit as a country, as an organization, and as grassroots football,” said the founder of SKI, Mr. Sunny.

The director said with time, he hopes to bridge the gap between young footballers trying to get into Europe and one day have a vast majority of young talented Nigerians taking over and playing all over Europe, Asia, and other places rather than the little spread we have now.

Akwa United’s Olisa Ndah delighted to be back in training

Bala Nikyu insists Nasarawa United is in the title race

YouTube Suspends Trump Channel For A Week Over Violence Fears