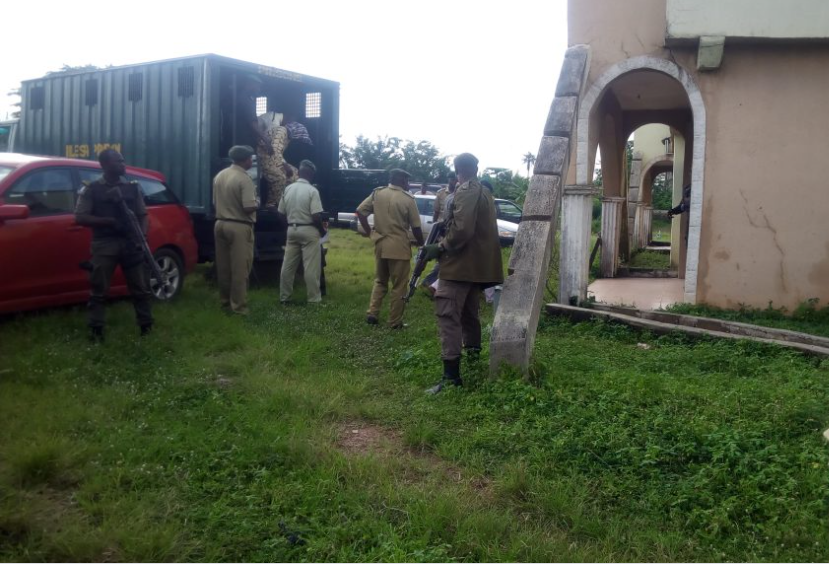 Two employees of the Osun State High Court have been arraigned for allegedly stealing typing sheets worth N30,000.

The defendants, Adedoyin Adebowale, 46, and Sulaiman Tajudeen, 46, appeared on Monday before Magistrate Adijat Oloyade of the Osogbo Magistrates’ Court on two counts of conspiracy and stealing.

Addressing the court, the police prosecutor, Inspector Kayode Adeoye said the defendants perpetrated the act on November 20, 2020, on the premises of the Osun State High Court, Oke-Fia, Osogbo.

Adeoye said the two men conspired and stole six-packs of typing sheets, a property of the Osun State Judiciary.

Adebowale and Tajudeen pleaded not guilty to the charges.

Counsel for the defendants, Mr. Taiwo Awokunle, applied to the court for their bail.

Ruling on the application, Oloyade admitted the defendants to bail in the sum of N100,000 with two sureties each and adjourned the matter till January 7, 2021, for hearing.

Former President Barack Obama has shown his romantic side with a message to his wife, Michelle. The 44th president of...

A bird suspected to have flown from Riga, capital of the Republic of Latvia, was caught in Cross River state....

Nigerian forward Asisat Oshoala is mourning after she lost her stepmother. The professional footballer who was named the best player...

Governor Rotimi Akeredolu Herdsmen have been ordered to vacate forest reserves in Onda state within 7 days. The order was...

General Buratai: Why Leadership Is Key In The War Against Insurgency

By David Onmeje Leadership is an art meant for those that understand the intricacies involved in bringing about positive change...

A suspected ritualist den has caused a stir and sparked reactions on social media after it was uncovered on sunday...