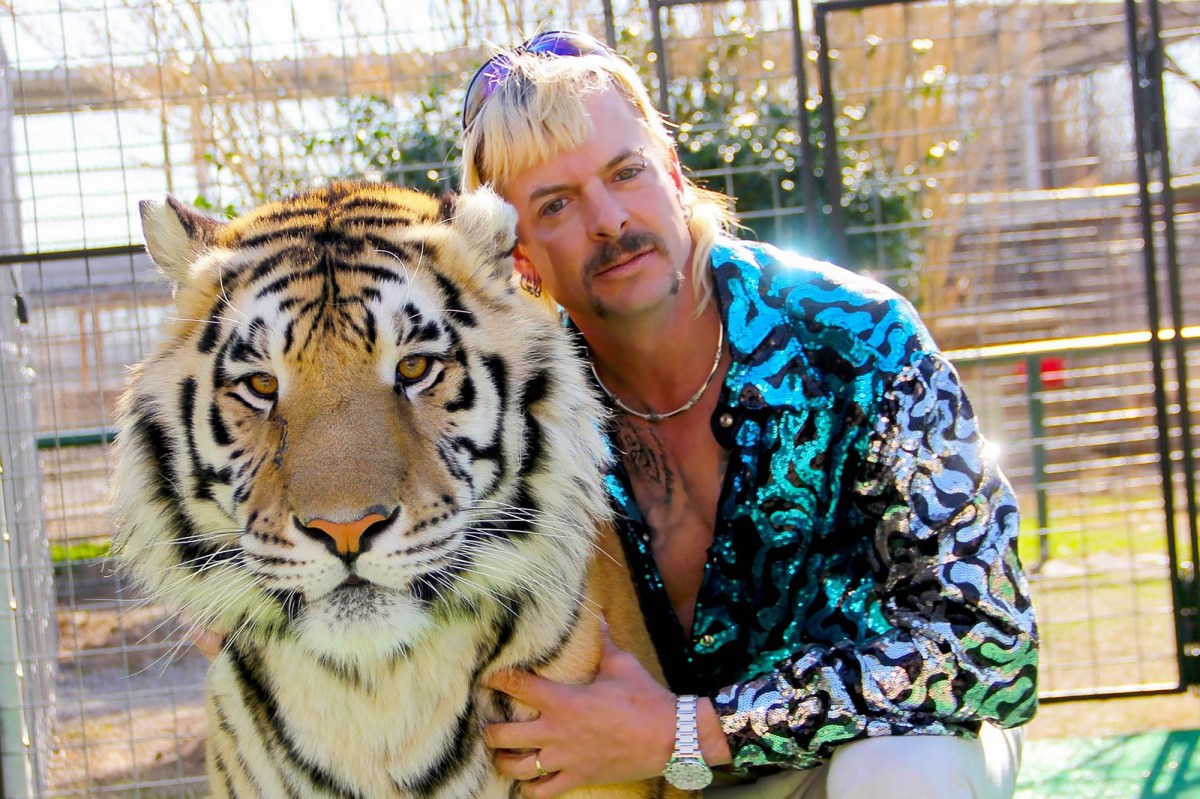 Carole Baskin has some cleaning up to do.

The zoo formerly owned by Tiger King star Joe Exotic — and now controlled by his nemesis Carole Baskin — was vandalized with graffiti and trashed with rotting meat and garbage, according to a report.

Baskin is accusing Exotic’s business partner, Jeff Lowe, for the damage. Lowe has denied any wrongdoing.

“You think of all people, she would know about being accused of something without evidence,” he told TMZ, referring to accusations that Baskin fed her own husband to her tigers.

Photos obtained by the gossip site shows graffiti spray-painted on different buildings inside the zoo in Oklahoma. The property was formerly known as G.W. Exotic Animal Park and featured on the hit Netflix series “Tiger King.”

In one photo, Baskin is standing in front of a building with the phrase, “Carole Baskin takes up the butt from Donald Trump,” spray-painted on the wall.

In another shot, “Carole & Don Lewis sitting in a tree. Murdering first,” was written on the wall of another building.

Baskin has strongly denied that she killed her husband Don and fed him to tigers.

Aside from all the garbage littered in the zoo, rotting meat was found on the property and inside a truck. Neighbors complained the smell was so awful that Baskin had to remove it.

Over the summer, a judge in Oklahoma granted Baskin custody of the zoo after Exotic was ordered to pay her $1 million for trademark-infringement.

Exotic is currently serving a 22-year prison sentence for animal abuse and a murder-for hire plot to kill Baskin.

I’m worried and pray it ends some day – Kiddwaya’s mum, Susan cries out

Bobrisky To Spend N532 Million On His 30th Birthday

You Should Totally Catch Up with #BellaNaijaWeddingsFreshersWeek This Weekend

Justin Bieber complains about his Grammy Nominations; says his album is R&B and not Pop