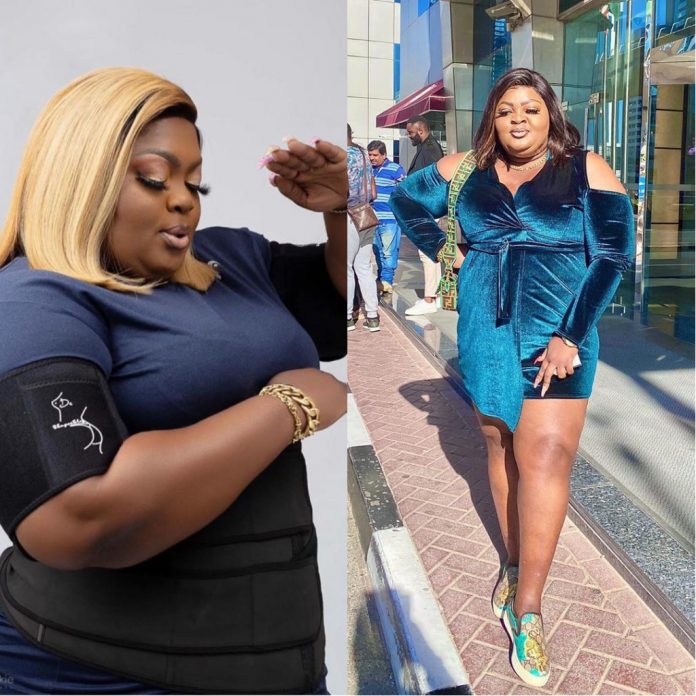 Nigerian plus sized actress, Eniola Badmus has seen some positive transformation in her body since she got signed as the brand ambassador of Deshapeables. 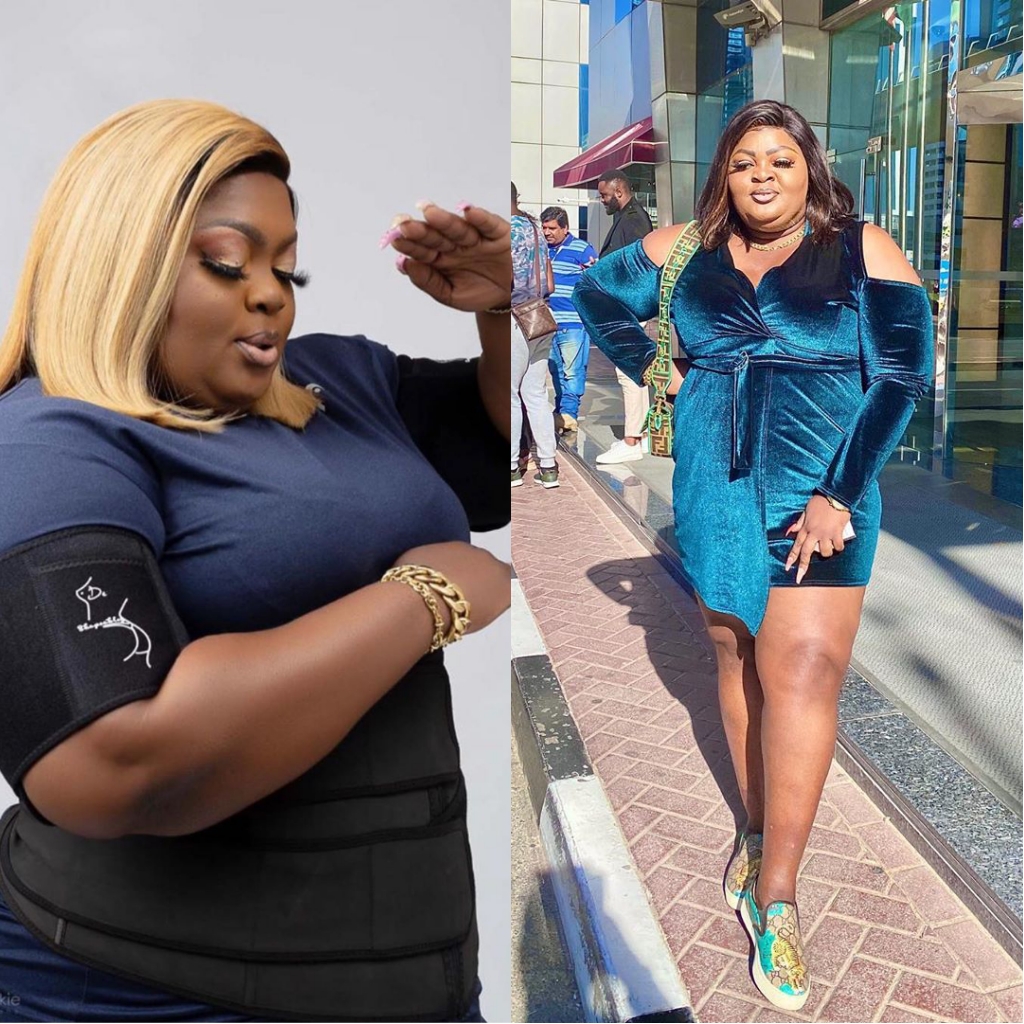 Eniola Badmus recently bagged a juicy deal from weight loss company, Deshapeables to lose weight and earn money at the same time. Eniola has kept updating her fans since she started her weigh loss journey.

She shared a video of herself in a gym and wrote:

In the video, Funke Adinkele was seen with her husband JJC Skillz, asking Eniola Badmus to return it, what is it to return… we do not know yet.

The two Nollywood actresses has are friends and Funke obviously was being playful about whatever she want Eniola Badmus to return.

Watch the video below;

Unarguably true and faithful friendships is rare and difficult to find among many Nollywood stars but Eniola Badmus and Funke Akindele have continued to proof that their friendship is full of love hence mocking celebrities with beef who had refuse to settle their differences maturely.

Nigerian singer and songwriter, Bukola Elemide granted an interview with Ndani Tv where she gave an insight into her everyday...

Reality Tv star, Dr. Theresa takes to Instagram to reveal the greatest scam of all time. According to her, the...

Nigerian actress, screenwriter and film producer Ruth Kadiri has questioned why partners cannot freely go through each other’s phones. The...

Having a child is not an achievement – Tee-Y Mix’s wife, Ivie tells nosy people who monitor the lives of expectant couples

Ivie Ibitoye, the wife of music producer, Temitayo Ibitoye a.k.a Tee-Y Mix, has written an open letter to her family...

If its to nack now, you go get degree for that one – After making a simple wish on Twitter, Erica Nlewedim gets dragged Mercilessly

After making a simple wish on Twitter, former Big Brother Naija housemate, Erica Nlewedim has received the bashing of her...

Ngozi Okonjo-Iweala is Forbes Africa’s African of the Year

Ngozi Okonjo-Iweala, the former Finance Minister and Nigerian candidate for the office of the director-general of the WTO as has...

‘My Husband Always Leave Our Bedroom Every 12am Midnight, I Followed Him and This Is What I Saw’ – Nigerian Lady Shares