Possible Cause of The Death Ada Ameh’s Only Daughter Revealed Ada Ameh sadly revealed a few days that she has lost her only daughter Aladi Godsgift Ameh to the cold hands of death. 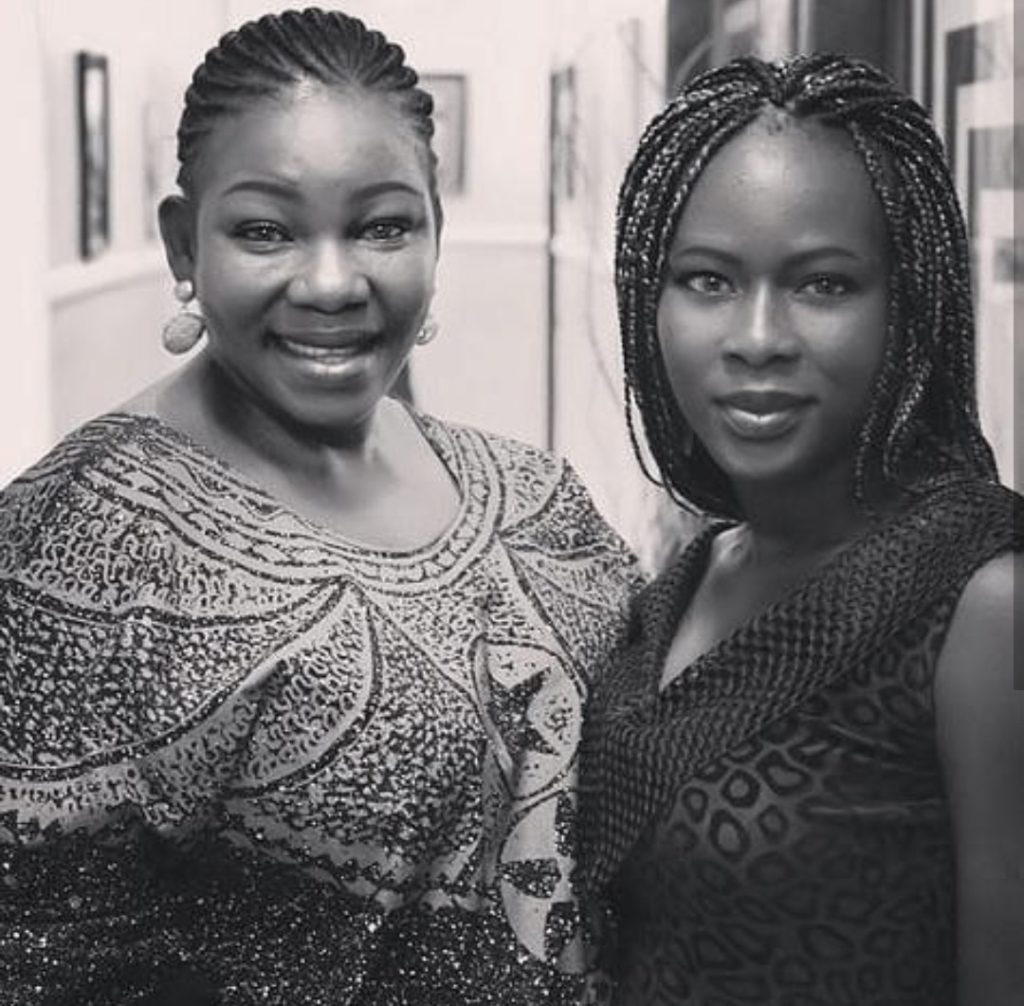 Moments before she buried her, she took to social media to write; ‘Join me as I finally lay my daughter to rest .. just keep praising Him cos olowo gbogboro is turning things around for my Good…its well with my soul.’

Regina Daniels knows I can marry another wife – Ned Nwoko

These are three things about the sad demise of Aladi Godsgift Ameh which has broken hearts of fans of the Nollywood star. 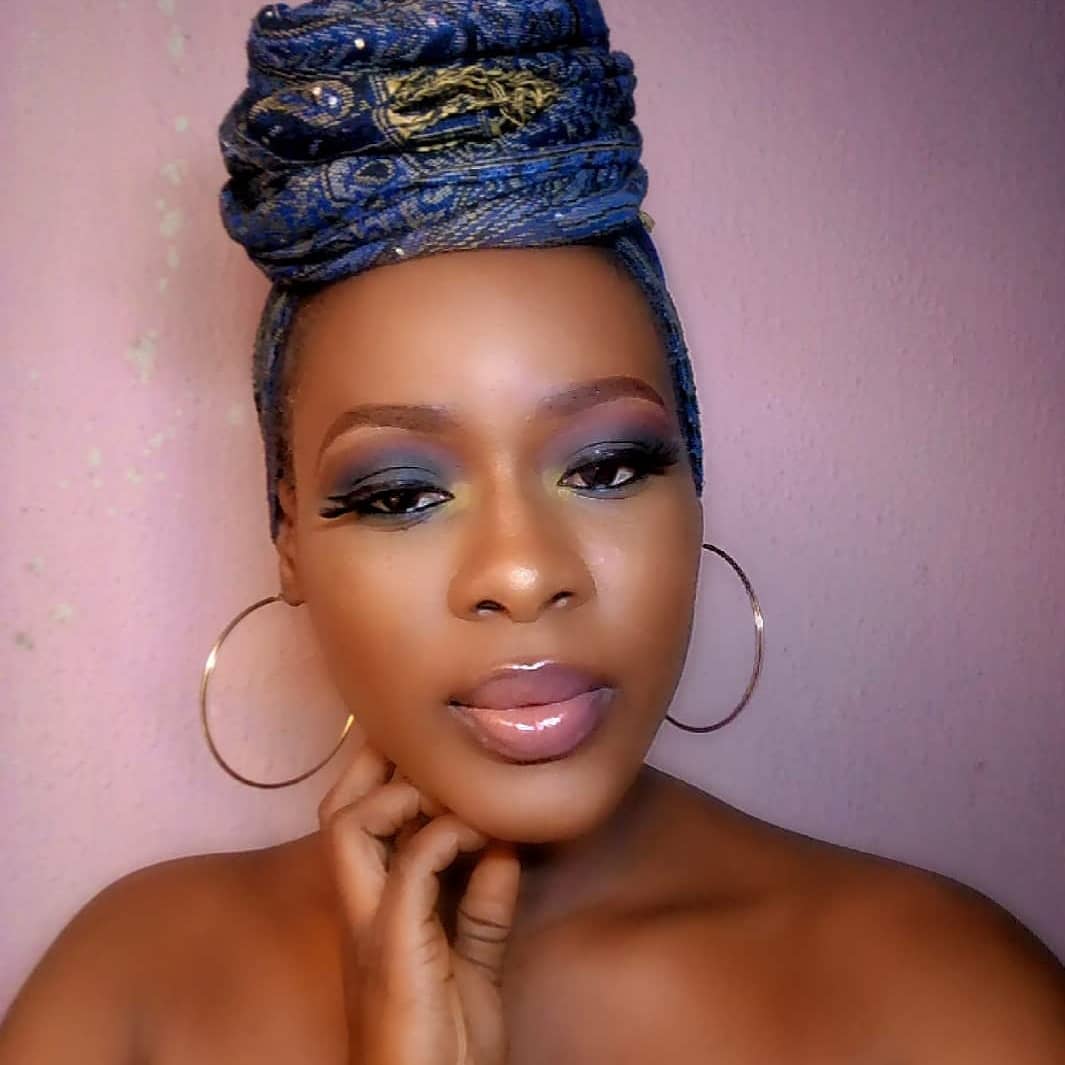 1. Aladi Godsgift Ameh is the only daughter of Ada Ameh which is very heartbreaking, to say the least. You can imagine the trauma she’s going through right now.

2. Ada Ameh tearfully asked President Buhari and Sanwo-Olu to please allow her to bury her only daughter. Apparently, in the midst of the chaos ongoing in Nigeria, a funeral at this time won’t be feasible which is why she made the appeal.

3. Ada Ameh gave birth to her late daughter when she was a teenager. As a matter of fact, she was so young when she got pregnant. We guess the situation robbed her of a lot of opportunities at that time yet she proudly spoke highly of her daughter recently and said she never regretted having her as a teenager.

Since news surfaced that Ada Ameh has lost her only daughter to the cold hands death a few months ago, several people have been wondering what culminated in her demise. 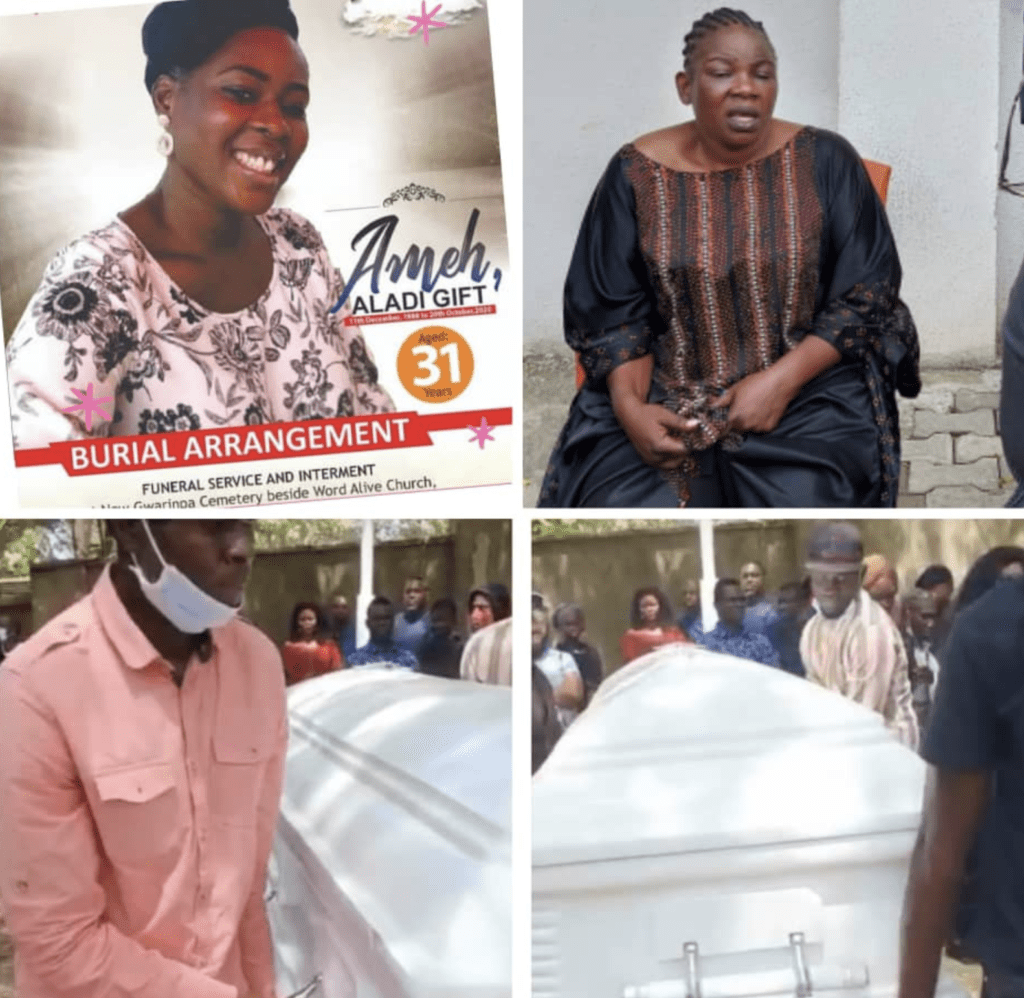 Till now we have not been made privy to what actually killed her except that the latest information we had says she died shortly after a recent surgery. Even more perplexing is the fact that we don’t know what ailment resulted in the surgery.

Meanwhile, industry players and actors such as Charles Onojie, Emperess Njama, Lancelot Imasuen, and others attended the funeral. Moments before she buried her, she took to social media to write; ‘Join me as I finally lay my daughter to rest .. just keep praising Him cos olowo gbogboro is turning things around for my Good…its well with my soul.’

The late Gift Ameh was buried at a cemetery in Abuja. See photos below 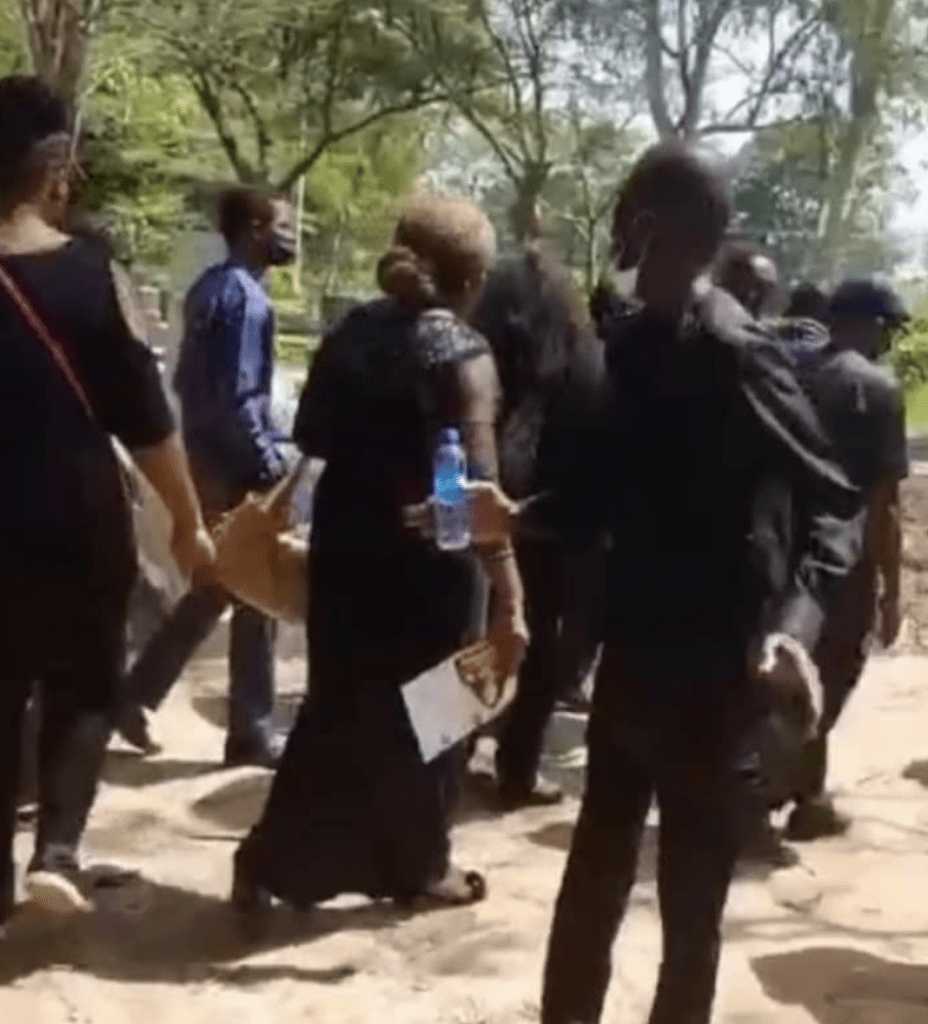 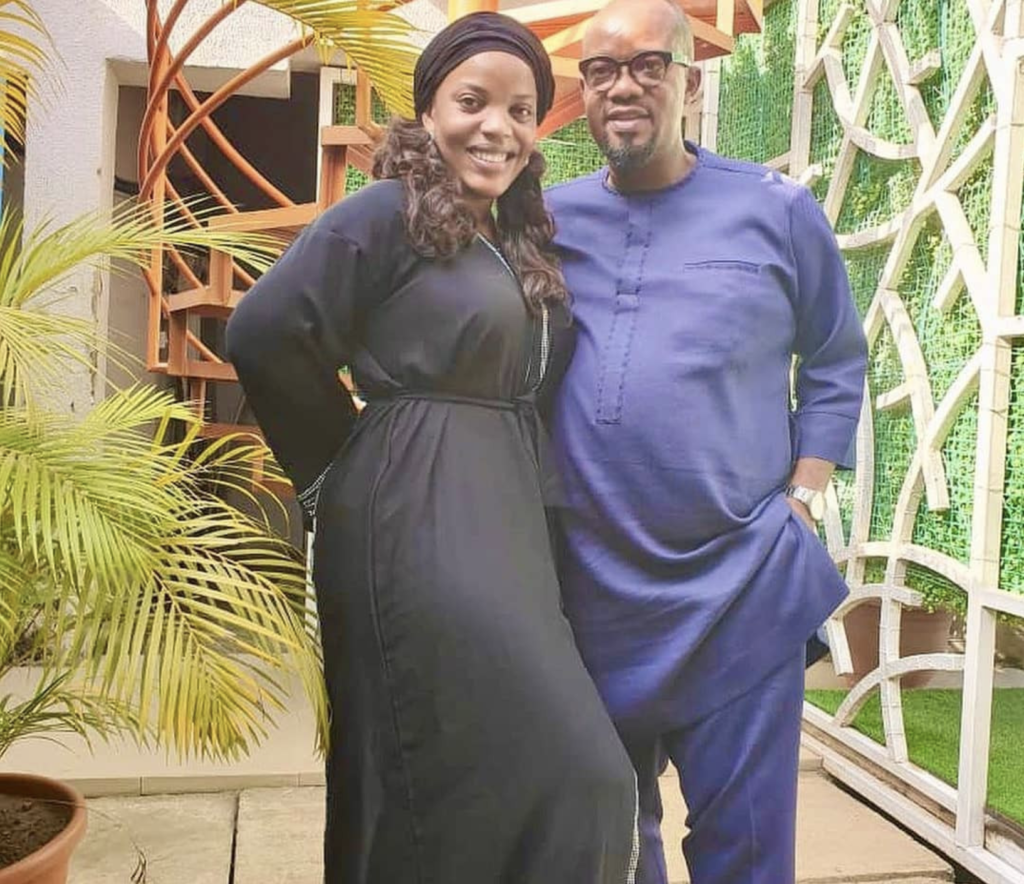 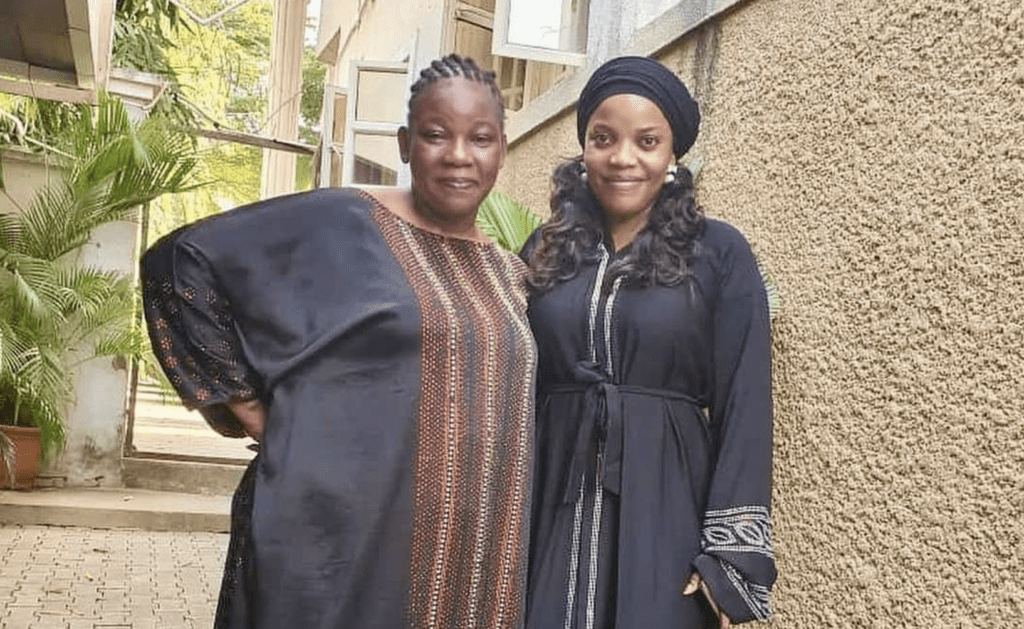 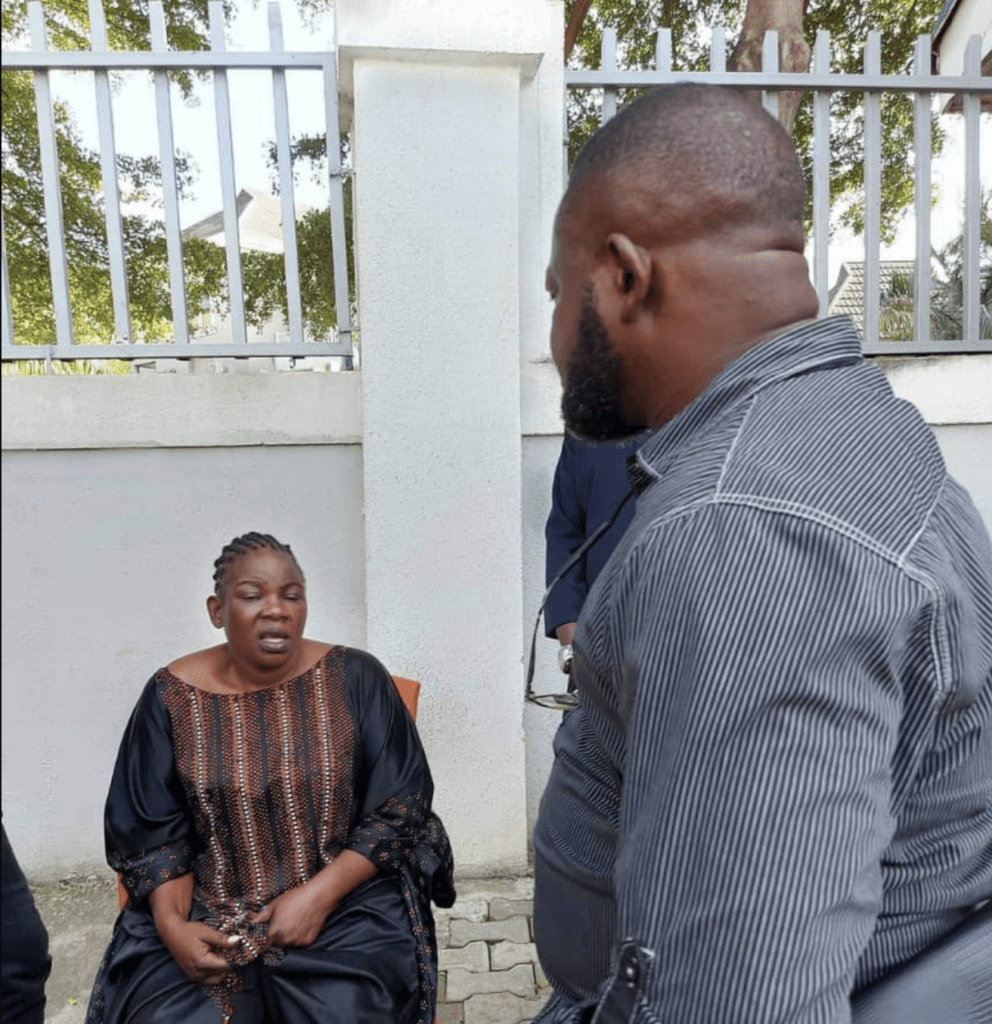 Ada Ameh was seen singing in tears at the funeral grounds of her daughter. Watch Video below

Regina Daniels knows I can marry another wife – Ned Nwoko

Popular Nigerian actress, Regina Daniels and her husband, Ned Nwoko, got married last year and they are blessed with a...

“Please stand up, we are sorry” – Swanky Jerry, Neo, Wathoni and others react to Nengi’s enviable photo

A host of celebrities have reacted positively to Nengi’s latest photo circulating on social media. In the photo shared by...

Bobrisky while flaunting the 15million naira cash he got from his lover, says he doesn’t go out but that when...

‘Thick Is The Thigh, Thin In The Waist’ — BBNaija’s Nengi Shows Off Banging Body

Nengi shows off her banging body Big Brother Naija star Nengi has given her followers something to think about after...