‘She Is Smiling From Heaven, Stay Strong God Is With You’ – Kate Henshaw, Uche Elendu And Other Top Nigerian Celebrities Comforts Nollywood Actress, Ada Ameh as she buries her only child (Pics) 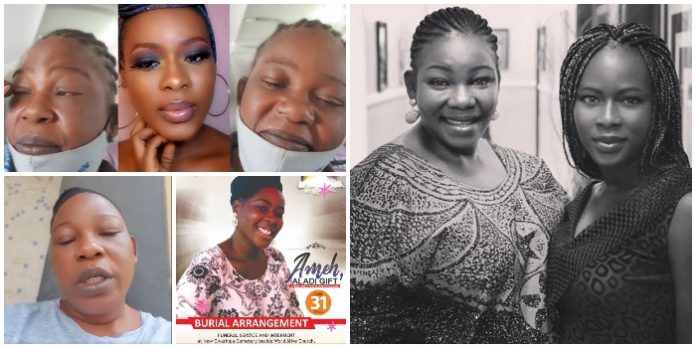 Nollywood actress Ada Ameh has shared obsequies of her daughter who passed in the early hours of 20th October on her official Instagram page. 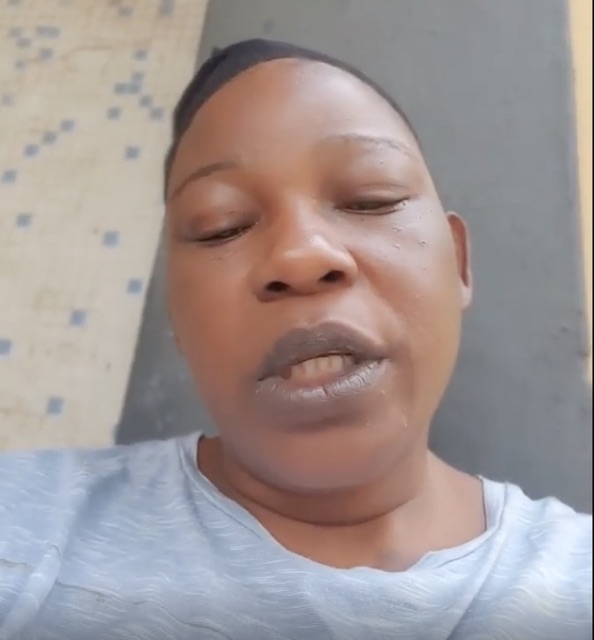 The bereaved actress, who is known for her role as ‘Emu’ in the family sitcom, ‘The Johnsons’, travelled to Abuja to bury her late daughter in the penultimate week.

The actress’ daughter will be laid to rest in the presence of family and close friends at the New Gwarinpa Cemetry.

Ameh shared her late daughter’s obsequies along with the words; 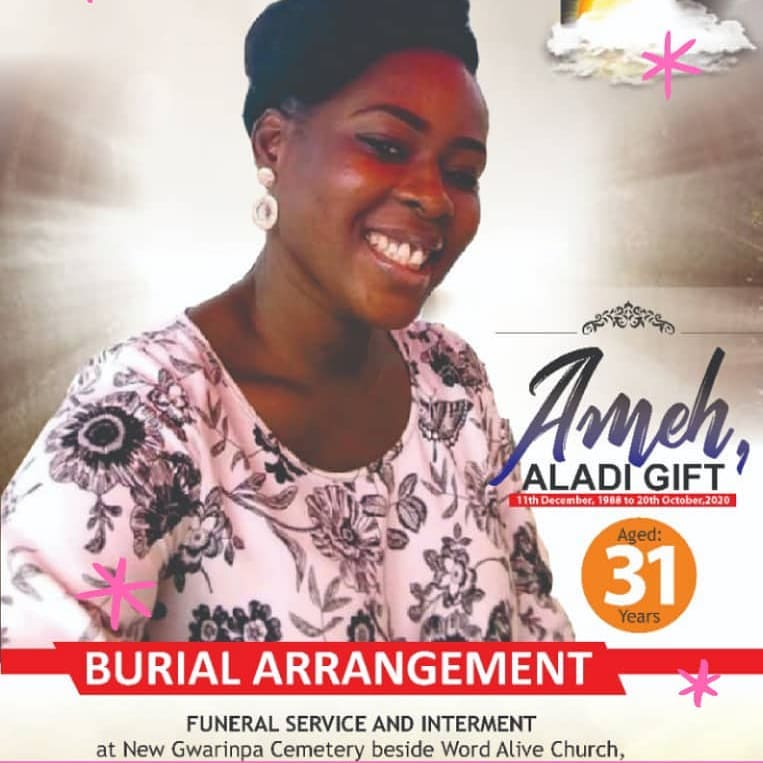 “Join me as I finally lay my daughter to rest .. just keep praising Him cos olowo gbogboro is turning things around for my Good…its well with my soul”.

Fans and celebrities alike have filled her comments section with condolence messages.

Following this, her colleague Nollywood actresses and other celebrities like the lives of Judith Audu, Kate Henshaw, Uche Elendu, Ngozie Ezeonu have taken to the comment section to sympathize with her.

See their comments below; 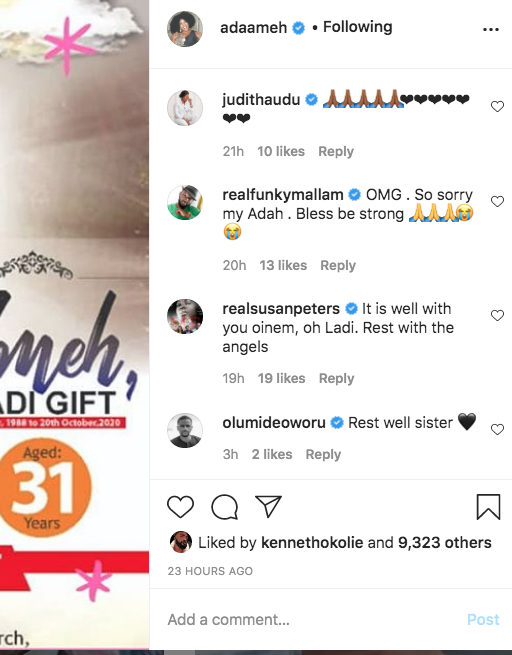 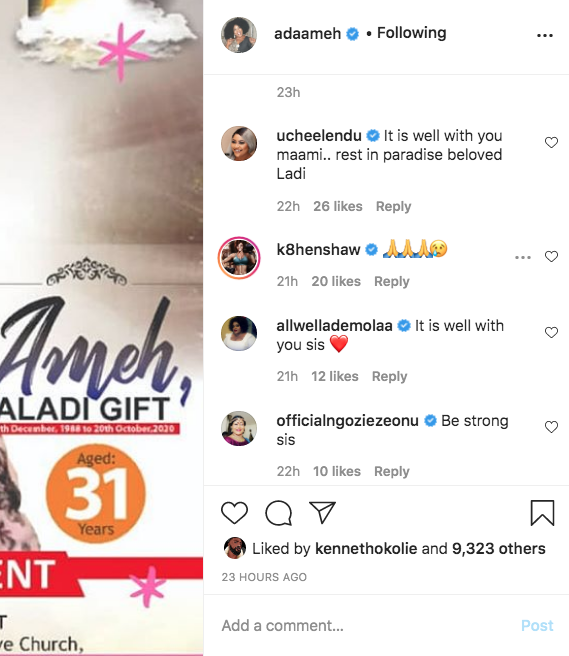 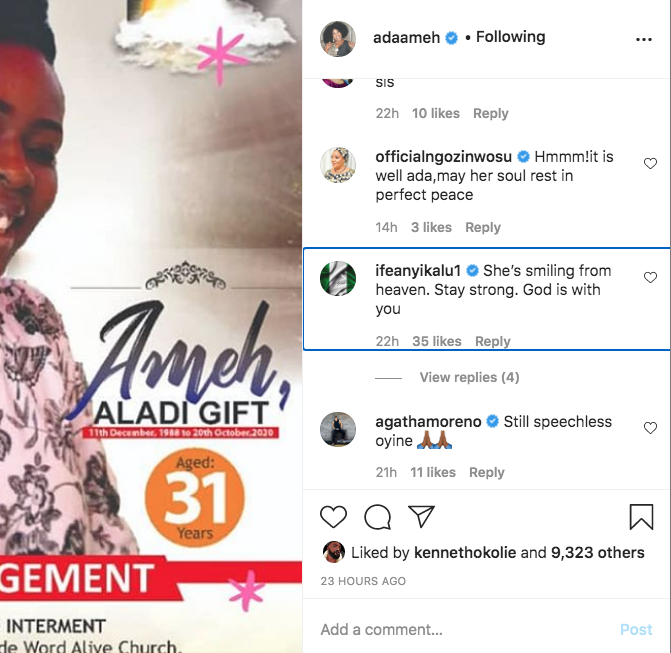 Duncan Mighty Controversial Nigerian musician, Duncan Mighty has alleged that his wife, Vivien is planning with her mother to kill...

Popular Afrobeat singer, Burna Boy has finally reacted to the cheating rumour of having an affair with one American lady, Jopearl. The...

Travellers were in for a surprise at the airport when live crabs poured out of a woman’s bag after their...

A Nigeria lady took to twitter to mock Erica after Davido featured Nnegi in his new music video, Jowo. The...

Duncan Mighty calls out his wife, Vivian, and her family for allegedly plotting to kill him and take over his properties

There is trouble in paradise for popular singer, Duncan Mighty and his wife, Vivian as it seems their marriage has...

The wife of Kogi state governor, Mrs Rashida Yahaya Bello, is allegedly In Dubai for Weight Reduction. According to viral...

If there is any girl on Earth that I have slept with since marrying my wife, please speak publicly- Reno Omokri