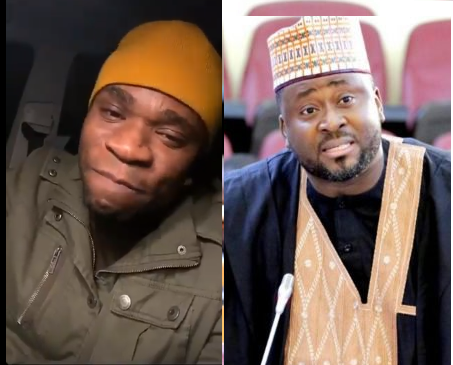 Speed Darlington has also slammed Desmond Elliot over his recent comments about the Nigerian youths, celebrities, and the use of social media which sparked outrage.

Recall the actor turned politician was heavily dragged on social media last week after a video of him referring to youths as ”children” while reacting to the crisis that broke out from the #EndSARS protest, surfaced online. Read here.

Speed while reacting to Desmond’s statement during a recent Instagram Live session, said he believes the lawmaker representing Surulere constituency wants to run for President based on what he’s seen and read online.

The Instagram sensation and singer, who has repeatedly said he wants to contest in the next Nigeria presidential election, stated that he won’t allow Desmomd take his ‘life dream’ away from him.

DJ Obi teams up with soulful vocalist, Omawunmi in his new single “Happy Dance”, produced by Benie Macaulay. This track...

Nollywood actress and baby mama of Fuji Singer, Kwam1, Bisola Badmus has blessed her fans and followers with adorable photos...

Top 5 richest kids in Nigeria and how they made it

Nigeria is blessed with billionaires who worked hard to get to where they are today. Have you ever wondered if...

“My First Fruit is a Year Older” – Biodun Okeowo Celebrates Her Son, Ayomide, On His 20th Birthday, reveals how she raised her son all alone

Nollywood actress Biodun Okeowo popularly called Omoborty is over the moon as her first child called Ayomide clocked 20 on...

8 Celebrity Weddings That Crashed Because of Cheating

“Till death do us part…or till you cheat.” Divorce rates according to statistics are at the highest rates they’ve ever...