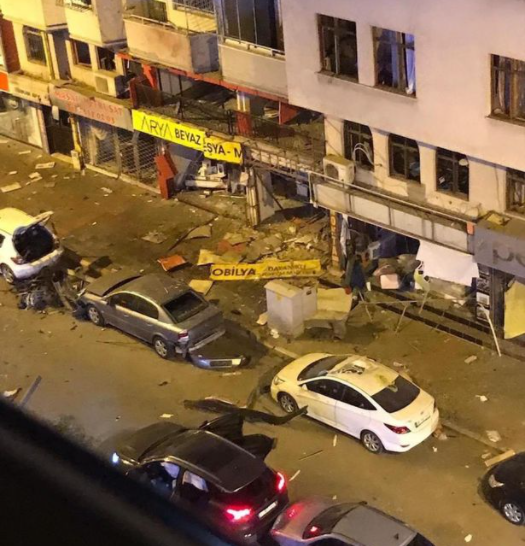 An explosion has torn through a city on Turkey’s Mediterranean coast with unconfirmed reports of a suicide bombing.

The blast took place in the southeastern Turkish city of Iskenderun in Hatay Province.

Footage on Twitter show debris scattered across the street following the explosion. 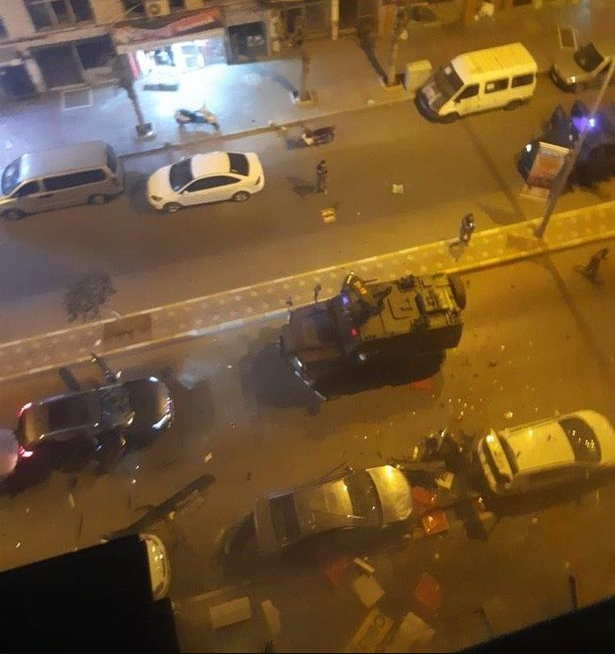 Police, firefighters and medical teams have all been dispatched to the scene, but no statement has yet been given on casualty figures.

The moment of the explosion was captured on an eyewitness’ mobile phone.

In the short video, a loud exchange of gunfire is heard before the witness peers out from inside the shop where they were hiding.

Suddenly, a huge orange fireball is seen further down the street.

Many other witnesses took to social media to report the blast.

One eyewitness said: “In Iskenderun Barbaros Neighbourhood, they shot everywhere with a machine gun right in front of our house. They also fired hand grenades. We are in a nightmare. Two bullets hit my house. The police also came with automatic weapons.”

Unconfirmed reports say the suicide bomber was from the PKK, or the Kurdistan Workers’ Party.

Hatay Province Governor Rahmi Dogan claimed on Twitter that two terrorists were approached by police after being spotted “behaving suspiciously,” at which point one of them detonated their explosives.

In a statement, the governor tweeted: “One of the two terrorists suspected by our security units at the Payas checkpoint was neutralized as a result of the pursuit and an explosion occurred in the meantime.

“There was no loss of life. The operation continues. The public will be informed.”

Below is a video from the scene.

The Court of Appeal in Abuja has upheld the death sentence of Maryam Sanda. Sanda had on November 19, 2017...

The Bauchi State Police has arrested four suspects in connection with the gruesome murder of a member of the State...

Amitolu Shittu, the Osun State commandant of the regional security network, Amotekun, has said that the security outfit will not...

Can you let the whole world see the video of what you said about social media regulation - Popular social media commentator, Dr Olufunmilayo fires back at Desmond Elliot