Can you let the whole world see the video of what you said about social media regulation – Popular social media commentator, Dr Olufunmilayo fires back at Desmond Elliot 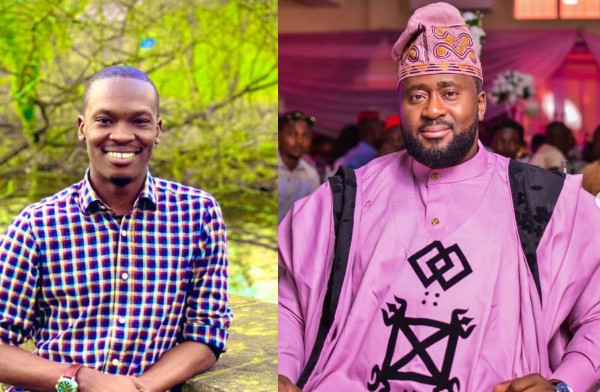 Popular social media commentator, Dr Olufunmilayo has fired back at Desmond Elliot after the lawmaker representing Surulere constituency denied pushing for regulation and control of free spech on social media.

LIB reported earlier that the lawmaker had denied allegation of being one of those pushing a bill to stiffle free speech.

However reacting to the lawmaker’s denial of the allegation, Dr Olufunmilayo dared him to release to the world what he said about celebrities and influencers, and also let the whole world see the video of what he said about social media regulation.

Sharing a link which supposedly captured the Lagos State House of Assembly plenary today, the social media commentator alleged that Desmond Elliot blamed celebrities/influencers for the carnage and went ahead to advocate for a social media regulation bill. He also alleged that the video evidence on the website of the Lagos state house of assembly has been taken down.

He tweeted in response;

On today’s plenary session, I have reliable information Desmond Elliot blamed celebs/influencers for the carnage and went ahead to advocate social media regulation bill.

The link to the video is https://lagoshouseofassembly.gov.ng/live/

It has been tampered with. Can they pls release the video?

Dear Desmond Elliot Thanks for your quick correction. In the spirit of honesty and transparency, can you please release to the world what you said about celebs and influencers, can you also let the whole world see the video of what you said about social media regulation? Thanks

Dear Desmond Elliot, If the State House of Assembly have no powers on social media regulation, then why bring it up at plenary? Why advocate for something you have no powers over, as a lawmaker? Why blame celebs/influencers for saying what everybody saw but govt wants to cover?

Dear Desmond Elliot This is not a fight. Or a quarrel. It’s a very simple logic.

•Why did you accuse celebs/influencers of “hate speech” today?

•Why did you advocate SM regulation if you have no powers as a state lawmaker?

•Why is the video evidence now gone from the website?

By the way Hope you guys saw the speed at which Desmond Elliot responded to my tweet- despite the fact that he did indeed truly advocate a social media control and attacked celebs/influencers- Did you see the speed? Always learn to speak up. Give these people no breathing space. 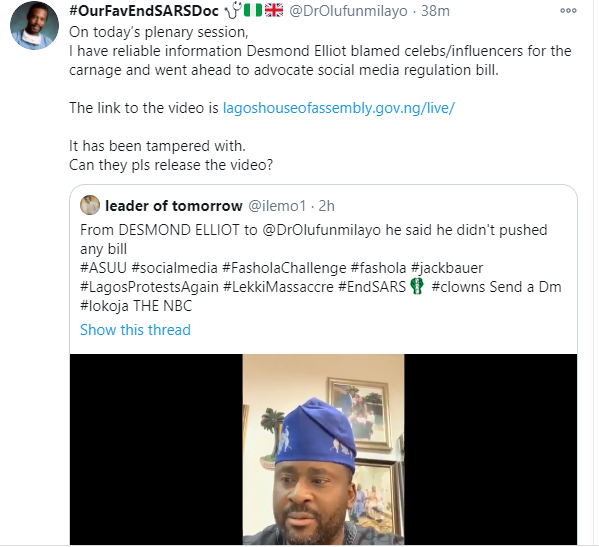 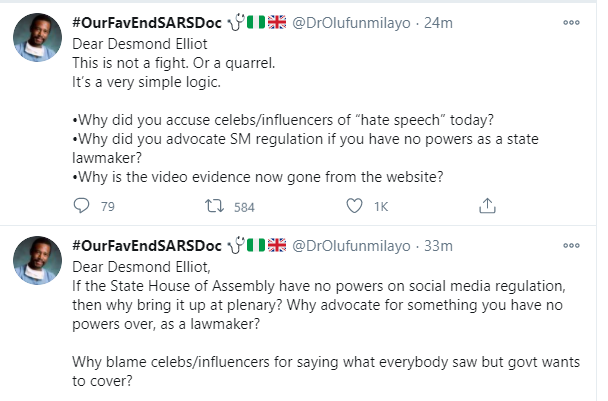 The Court of Appeal in Abuja has upheld the death sentence of Maryam Sanda. Sanda had on November 19, 2017...

The Bauchi State Police has arrested four suspects in connection with the gruesome murder of a member of the State...

Amitolu Shittu, the Osun State commandant of the regional security network, Amotekun, has said that the security outfit will not...