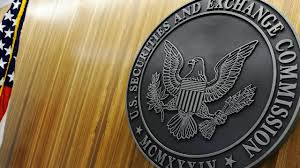 The US Securities and Exchange Commission has awarded a staggering record breaking $114 million to a whistleblower who tipped the government off to misconduct and provided “extraordinary” assistance in an investigation, the agency has announced.

The record breaking sum doubles the prior SEC whistleblower record, which was set just four months ago.

According to the SEC, the whistleblower initially reported the wrongdoing internally to the company involved, all to no avail. At that point he or she tipped off the SEC.

Whistleblowers have helped the SEC uncover bad company programs such Ponzi schemes and insider trading to market manipulation and bribery.

“There is a real hardship, both personal and professional, that people endure. The money, I hope helps.”

“One big lesson from this award is that companies should take reports from whistleblowers seriously,” Norberg said. “Because it is likely that the SEC already has the information, or will shortly thereafter. And we will follow up on it.”

According to Norberg, whistleblowers normally report wrongdoings first to the company involved and when they experience no success they then go to the SEC.

“People just get frustrated,” she added. “They become quite disenchanted and that’s when they come to the SEC. Whistleblowers are often employees who can’t live with seeing wrongdoing happening at the company.”

“These whistleblower tips have a huge impact on our enforcement program. It’s a gamechanger,” Norberg said.

The SEC fiercely protects the identities of whistleblowers, which means it is almost impossible to know who received the $114 million award, or what misconduct he or she helped uncover.

“People have to feel comfortable to come to us.”

According to the SEC, the award included about $52 million tied to its case, plus $62 million from related actions taken by another unnamed agency.

“This is the type of award that changes cultures,” said Kohn, a whistleblower attorney at Kohn, Kohn & Colapinto.

“It incentivizes people to come forward and it also deters wrongdoing. It makes it very real for people who are thinking about engaging in fraud. They realize there is a strong likelihood they’ll be turned in.”

The SEC handed out 39 individual whistleblower awards totaling about $175 million during the fiscal year that ended in September.

“When we first started, we were a really small shop. Early on in the program, we were wondering if it would be successful,” said Norberg, who served as the whistleblower office’s first deputy chief. “Then the tips started coming in. It just grew and grew and grew.”

“The money is also a motivating factor. It can push someone who is otherwise on the fence to report their concerns,” said Norberg. “There is a real hardship, both personal and professional, that people endure. The money, I hope, helps.”

”And at times, revenge can also be a motivating factor.”

“I’ve seen whistleblowers who have personal relationships with the wrongdoer and they report on them when the relationship goes sour,” Norberg said.

Since its first payment in 2012, the SEC has awarded a total of $676 million to 108 individuals. The awards are paid out of a pool of money financed entirely through fines the SEC collects, not taxpayer money.