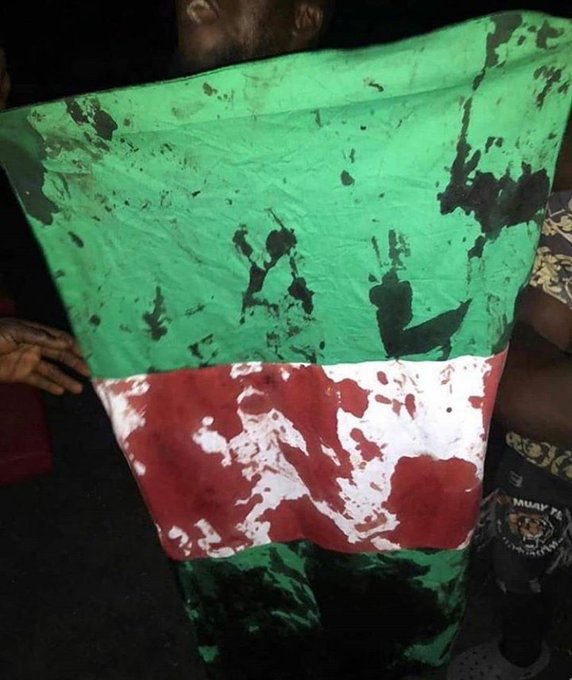 A number of security operatives have opened fire in Lekki, a highbrow area of Lagos.

They are going after End SARS protesters.

Philippine army under fire over alleged war crime after killing

The demonstrators have been camping at the Lekki Toll Gate for more than 10 days.

The spokesman, Muyiwa Adejobi, disclosed that operatives have been dispatched to strategic points.

But the protesters remained adamant, insisting they have been peaceful and would not leave.

The government has now gone in with full force.

The Coalition Against Terrorism and Extremism (CATE) says the North-East region is closer to safety following the killing of high-ranking...

Philippine army under fire over alleged war crime after killing

Members of the Philippine army have been accused of committing a war crime, after posing for a photo with the...

Gas-fired vehicles will be cheaper to run: FG

The federal government on Tuesday December 1, inaugurated an autogas scheme in Abuja.  At the event, it was also disclosed that motorists who...

Recession, insecurity: Don’t give up on Buhari, UK APC appeals to Nigerians

From Romanus Ugwu, Abuja The All Progressives Congress (APC) United Kingdom (UK) chapter, has pleaded with Nigerians not to give...

Governor Nasir El-Rufai has raised an alarm of happenings in the Nigerian Police Force.  The Kaduna state Governor who spoke...

Cowboys already turning on Mike McCarthy and his staff