End SARS: Those vandalizing public properties will be brought to book – Gov Abiodun

Governor Dapo Abiodun of Ogun State has said those taking advantage of the protest against the Special Anti-Robbery Squad (SARS) to vandalise public properties will be brought to book.

Gov Abiodun made this known in his message to the Ogun State Commissioner of Police, Edward Ajogun, on Sunday.

The Governor, who shared photos of vehicles vandalised by the protesters on his social media handles, told the Police Commissioner that “no peaceful protester should be harmed or arrested.”

Insecurity: Inter-Faith group appeals to CAN, others to see President Buhari as leader for all

However, he stated categorically that, “but in a situation where there is any form of unlawful protest leading to the vandalization of public properties, perpetrators of such dastardly act will be brought to book.”

DAILY POST reports that the #EndSARS protesters, on Saturday, vandalised vehicles belonging to the Deputy Governor of Ogun State, Naimot Salako-Oyedele, when she attended Owu traditional festival at Oke-Ago-Owu in Abeokuta.

About 23 of the protesters were said to have been arrested by the police. 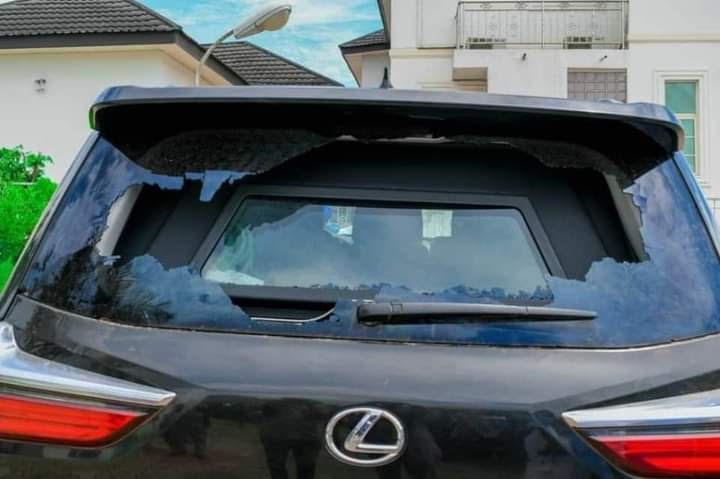 In his words, Abiodun told the Ogun CP that the safety of all individuals and organisations involved in peaceful protests be ensured.

Abiodun said he was aware of the fact that some unscrupulous elements took advantage of the #EndSARS protest to vandalise State property, police stations and vehicles.

“I am equally aware of the growing violence that has emerged from this situation, especially as State property and Police stations, vehicles and personnel have been attacked by unscrupulous elements who have taken advantage of the unfortunate situation.

Nonetheless, the Governor told the CP that, “As provoking as this admittedly is, the State Command of the Nigeria Police under your watch should under no circumstance, resort to lethal control that will endanger the life of any citizen.”

He noted that as a Government which promised to ensure the safety and security of its law-abiding citizens, its duty is to keep the people safe from harm.

“It is essentially the civic right of all citizens to make known their grievances through peaceful protests and demonstrations that will foment no danger to the State and other persons.

“When these individuals then exercise their rights, there should be no fear or arrest of harm from the Nigeria Police,” it was said.

“In this line, this is to make it clear that all officers of the Nigeria Police, Ogun State be directed not to harm or arrest any citizen involved in the peaceful protests gaining traction over the Country.

“Meanwhile, all persons already arrested should have undeterred access to legal representation that will ensure a fair review of their individual circumstances, as this State Government will not condone infringement on the rights of any citizen,” the statement added.

Insecurity: Inter-Faith group appeals to CAN, others to see President Buhari as leader for all

Coup Plotters Could Be Forgiven, Why Not Bandits – Sheik Gumi

Buhari Not with Us, Joined Our Ancestors – Dino Melaye (Video)